In a country where conmen have firmly established their roots, crime seems to be diverted from iron bar or crow bar burglary to rather more sophisticated methods of theft using the Internet including a few things we thought only existed in the movies.

It doesn’t take the best brains that conduct such schemes y rather some loopholes and a bit of IT backwardness of some people. So even the ‘script kiddie’ will pull a prank so big it makes him money in a day.

So then what do these cyber criminals do?
It took me a while to come up with these examples which i have fallen victim too, a few friends and some sources that could get guys fired.

Phone number spoofing,
Here a victim’s number is used to place malicious calls without the knowledge of the user. The hacker uses a VoIP application to make phone calls and makes the victim’s number as the caller. So you will pick up the phone and think your friend, boss or someone you know is calling yet its a scamburg making a voip call, he will probably ask you to send money or give maybe property to his friend to pick up because he is busy. This trick is difficult to avoid because the number is your friend’s and the voice too sometimes. You will be shocked when your friend’s number calls yet you are with your friends and he and his phone are right next to you and the number is similar. Then you realise you have been played.

Mobile Money,
Theft here is done through many ways, its either backend hackers within telecoms that transfer large sums of money to their accounts, or SMS trickery where the self proclaimed sharp guy sends SMS using bulk sms and changes the sender ID to something like M-money or, MTN mobile money or AirtelMoney and you think the message is legitimate until you check your balance.

ATM theft,
Much as the police and several banks have done a lot to stop this vice, some tricksters still use cameras and modified card slots to steal ATM card details which are used to steal user’s money through online transactions or card replication.

Piracy,
I must apologize to content and software creators but through the eyes of many Ugandans, piracy doesn’t seem to be wrong, a thing that is quite absurd. Just in case you doubt? Look around technology shops and one of the commonest words is ‘Crack’ or check for students with valid Windows activations. Movies are worse. It has become so common to see a “Windows is not genuine” message on a laptop. The problem is partly due to price of some of this software, and some people just don’t like paying.

Many other crimes take place including Facebook phisphing, Hacks on websites, Forgery of documents and more.

The police?
Well they have tried a little, sometimes they help and they have made several arrests such as the Bulgarian ATM thieves , and many more.
However, the Police & solving IT related crime takes forever, tracking a lost phone takes forever even worse the official sometimes doesn’t understand what you are trying to tell him. Besides ‘buying people breakfast’ as you fill a claim isn’t something i find friendly.

The way Forward?
Get a security question in case of call spoofing and hide your phone number on Facebook, Google + and if you must switch the privacy to friends only and don’t accept anonymous friend requests.
We all want to get rich quick but remember get rich schemes are usually scams so before you reply an email or send money to an orphan in Nigeria so that you receive an inheritance, think twice in fact just stop thinking and block the sender.

Yes we need to report to the Police since you can’t make an arrest without a claim or statement at police. 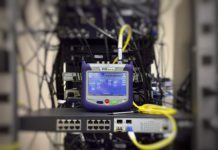