Remember when Facebook made updates to its Facebook Home launcher to add photos from other sources such as Instagram, Tumblr, Flickr and Pinterest? Not only did they make these changes but they also made a full standalone launcher which is available on the PlayStore for only a limited number of Devices like the HTC First, Nexus 4, the Galaxy S4 and a few more.
However at the end of this post you will realize that it works on almost any phone running Android 4.1 once you side load the Apk without editing the build.prop.

Now forget the tweaks by Modaco where the Apk files were edited, here you will be able to use the latest Facebook app with this Home apk.

How to use it
Download the FacebookHome.apk at the bottom of this post then Install it on your phone. You will need the Facebook android app installed alongside the Facebook Messenger for an improved experience.

From there you will get a menu with options that lets you customise Home such as; Connected Apps which lets you choose to see posts from Facebook, Instagram, Flickr, Tumblr & Pinterest.
By the way you can select another source and unselect Facebook if you you are not impressed with the social network.

Another major step is selecting where you want the Facebook Home Feed to appear, select both Launcher and lock screen to get the full launcher from Facebook after you press the home button on your phone and then select the Facebook Home option.

Just in case you want to keep you default launcher just select lock screen however this had many issues on the devices I tested on such as the Nexus S, a galaxy Grand, a generic tablet and Samsung duos because it sometimes conflicts with the pin or password set on your lock screen. You can also access the Facebook Home lockscreen through the notification tray.

You can also choose whether you want your wallpaper chosen from photo uploads you have made on Facebook or photos of your friends and family. Toggle the ‘Use Home Wallpaper’ to turn on the option.

Other customisation you might need to make include;
Adding a Cover Feed shortcut icon that takes you to your cover feed straight from your launcher.
You might want  to turn on device notifications and change your preferred temperature units.

There you have it, the official Facebook Home on unsupported devices.

Let us know whether this worked for you and if it did reward us with a thumbs up on Facebook. 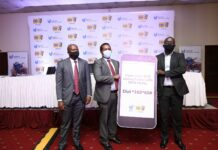 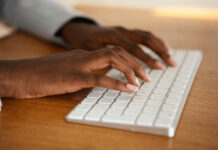