NTV realised NTV GO as its Official Android app onto the Google Play store. Here are our thoughts on this beautifully designed app. Opening the app greats you with a beautiful splash screen and a Terms & Conditions prompt which you are most definitely going to accept. You then look at a few Material Design features as the app fetches News, we loved the Google card layout for the news thumbnails for each category, tapping any card loads smaller cards with well properly styled thumbnails.

The NTV Go App is great for those who need selective content or want to search for a news bulletin that aired the previous night and this will save your data unlike NTV Mobi which will require you to watch an entire live news show which can drain your data. My only issue is the App shows videos in a quality that is usually 480p which is bad for the rich kid who wants to watch the news videos in HD but this will save you a reasonable amount of data.

The feeds appear in a list form after an animation from the bottom unlike the usual apps where stuff appears like a ghost. Being a Television the articles are rather brief and either have a featured image or video from NTV which you tap to watch. Unfortunately tapping the video prompts you to open the official YouTube app, it’s not a burden though considering that it make the app rather light, Its a mere 12MB from the store. Trust me its 12 Mb you won’t regret.

Speaking of data, NTV GO keeps news on your phone and it will ask you how long you want old stories stored on your phone, this means you wont have to burn down tonnes of data every time you open the app. You also have the power to choose how often you want the app to refresh news. I was happy to see the option that gives me the authority to turn on or off notifications.

NTV Go carries an nReport feature which enables anyone report a story that can be aired on NTV Uganda using their smartphone, there is a text box for entering an article and a section that lets you capture or upload a video or audio of what you think will make the news. The nReport even has a template to aide users report news.

This app wasn’t just built to just work, its developers made it work beautifully work and still look stunning. Everything is smooth, beautiful and functional. This can only be seen in a few Ugandan apps like Matatu and Pearl Guide. My only concern with the App is the need for High Definition Content but since the station doesn’t upload HD videos, I will let that one slide, plus that means I will save a few Megabytes of data.

A few elements of material design were implemented and you will definitely love the colour hues, transitions and general outlook of the app. One thing you must keep in mind before downloading the app is its creators. There are many fake and unofficial NTV apps so search for NTV Go and select the app whose developer is CreativeDNA or use the link below. We must take our hats and express our appreciation to NTV for bringing to such a beautiful app. Download the NTV GO app from here. 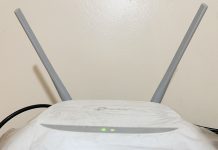 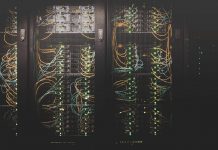 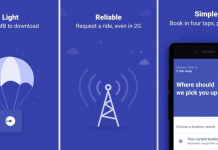