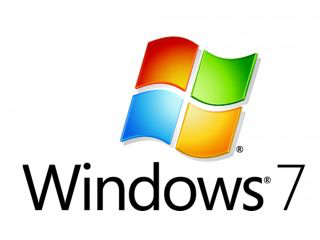 People usually say that only every second version of Windows is any good. This is not true, of course, but there is a bit of truth behind this saying – those who have used Windows Millennium, Windows Vista, and Windows 8.1 will probably say that there’s more than a bit. Windows users routinely skip some versions of Microsoft’s operating system, continuing to use the previous one until a new one appears – or the old OS loses official support. This has happened to Windows XP, released in 2001, that was officially supported by the developer until 2014 (and there are still computers running it to this day), and this is happening to Windows 7, losing support on January 14, 2020, almost a decade after its initial release. Considering its market share of more than 33% today, it is likely that many users will continue to browse the web, play online casino games, work, and watch movies on computers running Windows 7. Here are a few things to do in preparation of official support running dry for Windows 7.

What does EOL mean exactly?

EOL or “End of Life” means that Microsoft will stop releasing updates and security patches for this version of the operating system. Also, official help and support for problems related to Windows 7 will also end. This doesn’t mean that Windows 7 will stop working on January 14th, of course, but with the lack of updates and patches, computers running Windows 7 will be much more exposed to malicious users, hacker attacks, and such, than ever before.

Microsoft will continue to offer security updates for Windows 7 after January 2020 but these updates will only be available to corporate users and will cost money – support for Windows 7 Enterprise will cost $25 per device per year for the first year, continuing to grow each year until 2023.

One of the most important things to do when the support for Windows 7 officially ends is to start backing up your documents and personal files on a regular basis. This is important not only if you plan to continue to use Windows 7 but also if you plan to upgrade to another version of Windows or switch to a completely different operating system.

If you plan to stick to Windows 7 after its EOL, it would be wise if you’d invest in a security software suite. Ideally, it should be an integrated antivirus-antimalware- antispyware and internet security suite to keep you protected even after official support for Windows 7 ends.

Switching to Windows 10 or another operating system

For most of the newer computers still running Windows 7 upgrading to Windows 10 won’t be a problem – Microsoft’s current operating system version has surprisingly low system requirements (it runs on a PC with a 1GHz CPU, 1GB of RAM, and a graphics card that supports DirectX 9). Many home users made use of Microsoft’s free upgrade offer in 2016 – the promotion has ended, though, so the only option remains to pay for a Windows 10 license.

Another option would be switching to Linux. This might sound scary to some – back in the day, Linux was indeed far from user-friendly, but today, installing and using it has become much easier. The best part is that Linux is a stable and robust operating system with many options for beautiful user interfaces and many freeware alternatives to software that costs money on Windows. It takes some getting used to but it’s worth it nonetheless. There are many lightweight Linux distributions that were built to run on older hardware – so even if switching to Windows 10 is not an option, Linux is still a great alternative to consider.