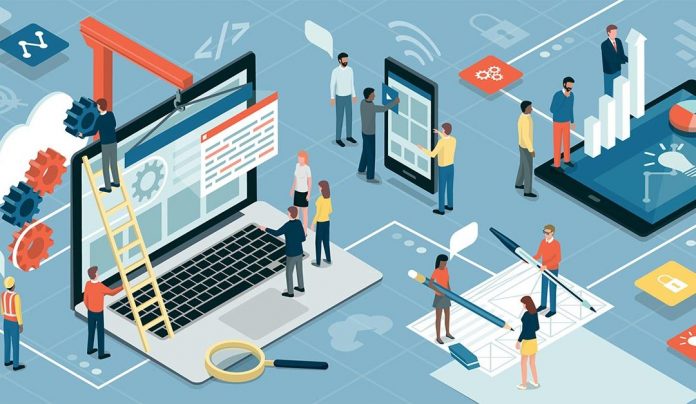 Many years ago on 29 January 1986, Yoweri Kaguta Museveni addressed Ugandans for the first time as national leader: “No one should think that what is happening today is a mere change of guard; it is a fundamental change in the politics of our country”. Given that Uganda had been led by seven presidents and a presidential commission in the preceding seven years, few could have expected that Museveni would remain at the helm 30 years later.

Since the coming of the NRM government under President Yoweri Kaguta Museveni, there has been tremendous growth in the ICT sector, and all these milestones since then have helped and supported to shape Uganda into the country that it is today – swiftly connected to the global network.

This all began with the liberalization of the telecommunications sector and formation of the Ministry of ICT which has greatly guided the sector into the leading contributor to the country’s GDP.

The Government of Uganda recognizes ICT as an important driver of Socioeconomic transformation. The ICT Sector is one of the core sectors identified in the National Development Plan II as one of the Job creation sectors, apart from creating new business opportunities and increased household incomes.

In addition to ICT being taken as an enabler in the service sector and executing government programs and projects, it has also been recognized as an industry that can significantly contribute to socio-economic transformation of Uganda.

The ICT sector has grown tremendously reporting a 15% annual growth in 2013 and 2014. The coming of the mobile phone handset was perhaps the most thrilling novelty of the time. This innovation has significantly eased communication among people in addition to creating employment to more than 1 million people.

Today, more than 70% of the population has access to telephones while the geographic coverage is about 86%. Related to this is the invention of mobile money, use of  internet and other phone/computer based applications, information processing, storage and dissemination, social media such as Facebook, Whatsapp, Youtube, Twitter etc., have equally experienced phenomenal growth.

Let’s break it down.

On May 26, 1995, Museveni spoke on a mobile handset that was launched in Uganda by the Telecom leader Celtel Ltd. Seven days prior, at the Sheraton Hotel in Kampala, the Vice-President, Specioza Wandira Kazibwe, had launched cellular phone services in Uganda by making an international call to the British Minister of Commonwealth Development, Baroness Lynda Chalker.

The models have changed too with the years. From the bulky Ericsson models (628, GH 688), through the Nokia love affair (1610, 3310) to the Siemens S-series, flip phones like the Motorola RAZR V3 and slider phones like the Samsung E250 to the Blackberry and now-ubiquitous smartphone, the future is still being written.

Today almost 24.8m or 70.9% of Ugandans own mobile phones, a report by the National Information Technology Authority Uganda (NITA-U), revealed. This comes at a time when phones are very cheap, easy to use and accessible to all – Thanks to the NRM Government.

People today are easily interconnected through the use of the World Wide Web or call it the internet. From the days when we sent letters to people through Posta/Post Office Uganda, to the times when all you have to do is send a message over the Internet with the tap of a finger.

It should be remembered that Uganda was one of the first countries in sub-Saharan Africa to gain full Internet connectivity. Both fixed-line operators, Uganda Telecom and MTN Uganda offer a range of data services including ISDN, ADSL and local and international leased lines.

To better this, there are around 12000 km of fiber in the country to ease connectivity to the internet.

Integration of E-services to the Public Sector

The automation of service delivery for Ministries, Departments and Agencies (MDAs) and Local Governments to accelerate the use of websites as tools for dissemination of information and service provision. To date, two hundred forty eight (248) websites have been developed across Government MDA/LGs. Relatedly, approximately two hundred ninety seven (297) systems/ applications are in use across MDAs/LGs to promote internal efficiencies and support provision of Services to the public.

Some of the MDA services include; E-services (Uganda Revenue Authority), Self-Service (NSSF),

Perhaps the most recent innovation in Uganda under the NRM government. Mobile Money and Mobile Banking have made it very easy for people to transact business, purchase goods, and pay for services easily without necessarily going to the bank.

Mobile money has demonstrated rapid growth in the last 10 years, demonstrating a new wave of financial transacting with transactions hitting Shs80Million last year. As the Fourth Industrial Revolution gathers pace, innovations are becoming faster, more efficient and more widely accessible than ever before.

Technology has increasingly become connected, and nations, regions and the world at large are seeing a convergence of the digital, physical and biological realms.

The National Development Plan (NDP) II whose theme is “Strengthening Uganda’s Competitiveness for Sustainable wealth creation, Employment and inclusive growth” emphasizes the role of Information and Communication Technology (ICT) sector in the national development process. ICT is recognised as both an opportunity and an enabler. The following targets and objectives are outlined in the NDPII for the ICT sector:

That said, Uganda’s ICT sector is one of the most vibrant within the region and a fast-growing sector in the economy, offering many opportunities. Growth in this sector is supported by solid legal and regulatory frameworks.

It is also connected to the three marine fiber optic cables off Africa’ east coast in the Indian Ocean. The newly developed and quantitative ICT infrastructure is ready to accommodate new investment. Uganda is positioning itself as a hub for business processing and management outsourcing in East Africa. 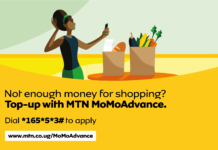